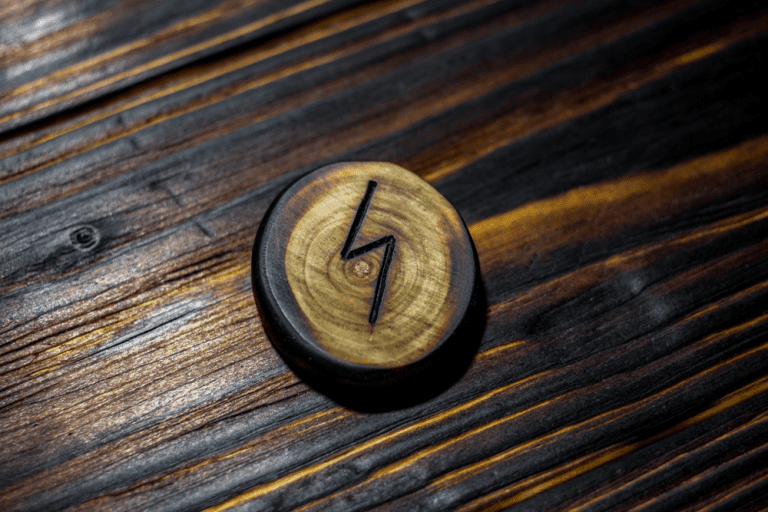 According to a December 24, 2013 web publication by tattoo anthropologist Lars Krutak titled “Nordic Tattoo by Kai-Uwe Faust” the custom of presenting runes in the form of tattoos, such as the Sowilo rune, can be assumed to have evolved during the age of Vikings. According to the article, the Viking culture possesses an extensive amount of rich literary heritage, reflecting multi-dimensional aspects of life. The concept of religion, art, intellectuality, and so on played major roles in the lifestyles of Vikings, and those traditions have been carried forward to modern times.

Although the practice of tattooing was considered a work of art, the spiritual and cosmic implications of rune symbols (e.g. Sowilo) inscribed on the skin cannot be denied. As the article “God of The Gallows And How Odin Hanged Himself From Yggdrasil To Know Secrets Of Runes” suggests, the life-controlling forces of the runic symbols inspired Odin (a Norse God) to sacrifice his life for attaining utmost wisdom regarding the life-changing forces of the runes, which possess the capability of percolating and incorporating every sphere of living. Odin’s ardent passion in unlocking the mysterious forces of the runes was so strong that he hung himself on Yggdrasil tree. In this epic quest, Odin subjected himself to periods of starvation until death.

According to “Elder Futhark Rune Meanings – Sowilo” (published at spiritsymbols.blogspot.com), Sowilo represents the energy of the sun in driving positive changes in people’s lives. Sowilo is considered to breed new life-force in the soul that initiates room for optimistic changes in one’s life not only from within but from without as well. Sowilo encourages spiritual growth through the positive awakening of the soul and facilitates the overcoming of one’s obstacles that hinder growth. Sowilo is the energy that connects oneself with their heart’s energy, thus enabling them to find the utmost contentment with life by being able to realize every dream and attain every goal in life.

Additionally, according to information published on tirage-rune-magie.net, Sowilo deters dark energies of destruction and death, and therefore it is perceived as triumphant bright energy that illuminates the darkness. In other words, Sowilo banishes the darkness and simultaneously instills self-confidence inside each and every one of us, thereby asserting its dominance in controlling individual lives. The practice of tattooing Sowilo bears the utmost importance to a large section of the population.