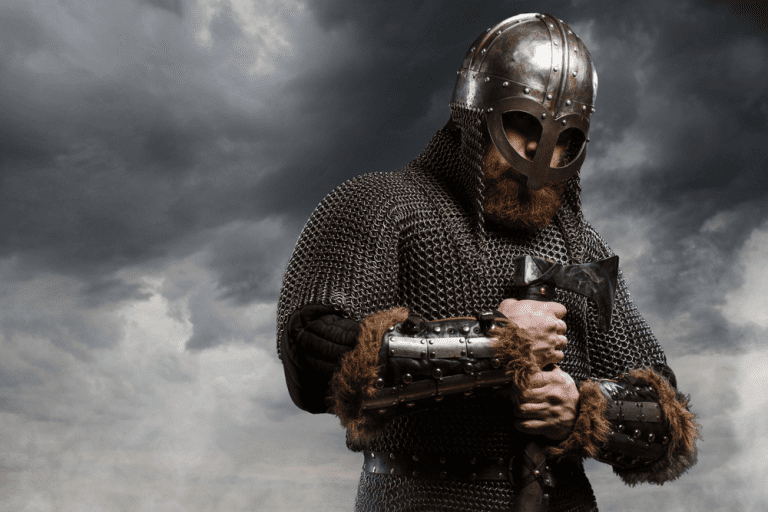 Vikings were the people who lived in Scandinavia from the 8th century to the 11th century. They were seafarers who sailed from their homelands, raided and traded across Europe and explored Iceland, Greenland, and Vinland. There are no sources that support that Vikings were tattooed since the human body cannot be easily preserved with skin intact. To date, only skeletons and ash have been found, which gives us no evidence if Vikings were tattooed or not. But there are certain historical texts from the Viking Age that give us some idea.

Evidence That Vikings Had Tattoos

The only evidence regarding tattooed Vikings is a book from the 10th century, by the Arabic diplomat Iban Fadlan. He was traveling north, but he never traveled or set foot on Scandinavia. He traveled from the Caliphate capital in Baghdad to Volga (present-day Russia). There he met “Rus people” who were long thought to be Viking traders from Scandinavia. He said in his writings:

“I have never seen more perfect physical specimens, tall as date palms, blonde and ruddy. They wore a cloak with which they cover half of their body so that one arm is uncovered. They carry swords, daggers, and axes and always have them to hand. They use Frankish swords with ridged and broad blades. They are dark from the tips of their toes right up to their necks – trees, pictures, and the like.”

In his writing, he never specifically called anything tattoos. In some of the translations of the book, the figures drawn or painted are dark green in color. This is not the typical color that would be used for tattoos during the Viking period. Black and grey colors were made from ash and charcoal, which were the presumable color for tattoos.

The question of whether the Vikings had tattoos or not is still unanswered, as there is no biological evidence. The human body cannot survive for a long period of time and it starts to decay. Only skeleton and ash have been found, through which no conclusion can be drawn. It is expected that future excavations and better technology may help us get an answer to this question. There may be frozen bodies to be discovered that are well-preserved enough to get more information about the Vikings and their society. The Vikings were a curious society, and it is believed that some Vikings may have had tattoos.